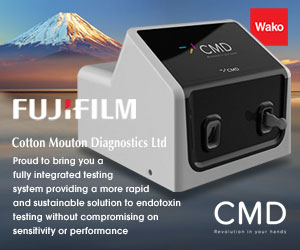 GSK wagers $2.1B on Affinivax and its next-generation pneumonia vaccine

GSK has agreed to acquire Affinivax in a deal announced Tuesday, betting more than $3 billion that the eight-year-old startup’s technology can lead to a more effective pneumococcal vaccine than other currently available shots.

GSK will pay $2.1 billion in cash upfront and potentially as much as $1.2 billion in milestone payments for Affinivax, a privately held biotechnology company based in Cambridge, Massachusetts. The deal, which the companies expect to close in the third quarter, is only the third biotech acquisition GSK has made since 2018 but follows six weeks after the pharma’s $3 billion buyout of Sierra Oncology.

Through the deal, GSK gets rights to an experimental vaccine known as AFX3722 that’s currently in clinical testing for pneumococcal disease, a bacterial infection that’s also been targeted by rival drugmakers Pfizer and Merck & Co.

Despite the wide availability of vaccines that prevent pneumococcal infection, pneumonia caused by the bacteria still leads to roughly 150,000 hospitalizations in the U.S. each year. Pneumococcal meningitis and bacteremia related to these infections resulted in about 3,250 deaths in 2019, according to data from the Centers for Disease Control and Prevention.

Pfizer’s Prevnar 13 has long been the primary vaccine used as well as one of the industry’s most lucrative products, generating nearly $6 billion in sales in 2020 and more than $5 billion last year. But the shot only covers 13 strains of the bacteria, leaving gaps in coverage as emerging strains have created new challenges. Pfizer and Merck each recently won approvals of new vaccines — Prevnar 20 and Vaxenuvance, respectively — that are meant to cover more strains.

GSK is betting Affinivax’s technology can surpass those products. The company, formed in 2014 and seeded by the Bill & Melinda Gates Foundation, is built around an approach invented at Boston Children’s Hospital for a new way to make “conjugate” vaccines.

Conjugate vaccines typically tie a target antigen — a substance that provokes an immune response — to a protein that boosts that response. The strategy is useful when the antigen alone isn’t strong enough to spur an immune reaction against a pathogen, and has led to approved vaccines for infections like Typhoid and streptococcus.

By comparison, Affinivax uses two substances with high affinity for one another — biotin and rhizavidin — to strap sugar and protein antigens together more tightly. The approach shows the immune system either a protein, a sugary coat worn by bacteria or both, and thereby could trigger a broader, more protective response than current vaccines.

Affinivax has raised roughly $350 million in venture financing since April 2020 to support its research and development of AFX3772, which is meant to protect against 24 strains of the bacteria. The shot should begin Phase 3 testing in adults “in the short term,” according to GSK. Early-stage tests in children are planned for later this year.

Affinivax had licensed AFX3772 to Astellas as part of an alliance the startup formed with the Japanese pharma company in 2017. However, the two companies reworked their deal in February, with Affinivax reacquiring full rights from Astellas for $65 million. The new arrangement grants Astellas potential milestone payments and royalties on AFX3772 as well as royalties on Affinivax’s next-generation pneumococcal programs, which include a vaccine in preclinical development that covers more than 30 strains.

For GSK, the acquisition adds to a vaccine division that brought in roughly $8.6 billion sales last year. The business is led by the company’s shingles vaccine Shingrix and includes late-stage programs for respiratory syncytial virus and, through an alliance with Sanofi, COVID-19.

The deal could also provide a boost to biotech at a time when emerging biotech companies face a tougher outlook than they have in years. A sharp public market downturn has made it more difficult for startups to raise cash via initial public offerings, which in turn has begun to impact private financing rounds and upped anticipation of a surge in dealmaking.

A recent survey of 100 biotech financing executives, conducted by accounting firm BDO, found that 33% are planning to pursue acquisitions in 2022, versus 6% for IPOs. Still, the pace of deals hasn’t picked up considerably compared to last year, however, with 14 acquisitions so far this year versus 11 by this time a year ago, according to data compiled by BioPharma Dive.