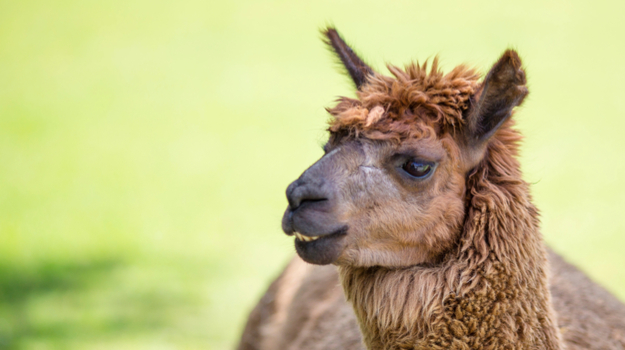 The Los Angeles Times reports that a team from the Scripps Institute in Southern California has been able to take antibodies made by llamas and used them as the basis for a flu vaccine. The llama antibodies are effective enough to work on a wide number of flu viruses, according to the report. The Times reported that the Scripps researchers reported their findings in the latest issue of Science.

According to the article abstract, diverse camelid single-domain antibodies to influenza virus hemagglutinin were used to generate multidomain antibodies with impressive breadth and potency. In the study, the researchers used the multidomain antibody MD3606 in mice. They found that the antibody protected the mice against influenza A and B infection when administered intravenously or expressed locally from a recombinant adeno-associated virus vector.

“Collectively, our findings demonstrate that multidomain antibodies targeting multiple epitopes exhibit enhanced virus cross-reactivity and potency. In combination with adeno-associated virus–mediated gene delivery, they may provide an effective strategy to prevent infection with influenza virus and other highly variable pathogens,” the researchers said in the article abstract.

The researchers noted that flu vaccines are essential to prevent the spread of the virus, but the efficacy in them is “substantially reduced in the elderly, who are at increased risk of influenza-related complications.” The researchers added that annual selection of vaccine strains presents many challenges and if the strains selected don’t match up against circulating viruses, the vaccines are not as effective. Most current flu vaccine-induced antibodies are directed against the highly variable head region of hemagglutinin (HA) and are strain specific, the researchers said.

However, the Scripps researchers were able to develop a single protein from the llama antibodies that are capable of getting into the smallest of spaces on the surface of a virus – spaces that are too small for most proteins, the Times said. The multidomain antibody MD3606 is the result and it could provide protection against most strains of the flu, the researchers said. That would be true even if a strain of flu were to change. The llama-based vaccine would be effective, the researchers noted.

If the vaccine were to pan out in human trials, that would be a significant factor in preventing people from coming down with the flu, which represents a serious health threat each year. Globally, there are about 650,000 deaths from the flu worldwide and millions of people are hospitalized due to the illness. According to the U.S. Centers for Disease Control and Prevention, those people who are considered at high risk of serious flu complications include people over the age of 65, as well as people who have pre-existing conditions such as asthma, diabetes, heart disease or chronic lung disease.

However, it will be years before the llama-based antivirus could potentially find its way into use. There are numerous hurdles to overcome, but the researchers are moving forward, the Times reported.