According to a new study there may be a genetic link to erectile dysfunction. This is the first time that such as connection has been made and this could mean that newer avenues of treatment could be explored for erectile dysfunction, explain the researchers.

The results of the research have been published in the latest issue of the journal Proceedings of the National Academy of Sciences this week. 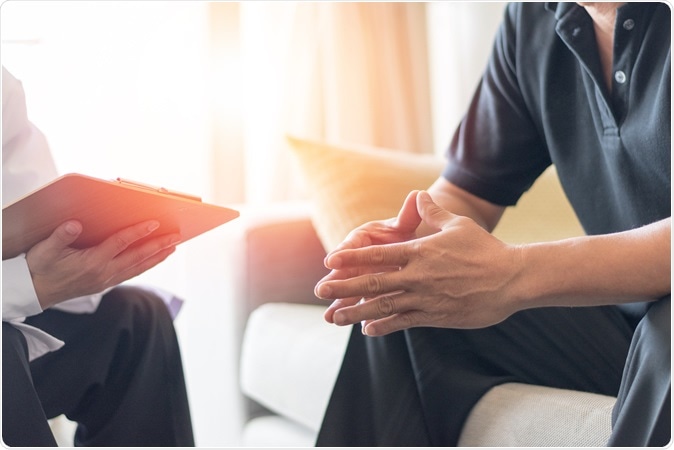 The researchers from the University of Washington School of Medicine have managed to identify a unique area of the human genome that can raise the risk of impotence. The variation of the gene was found near that SIM1 gene that also plays a role in brain development explained authors of the study.

The mutation of this gene has been now linked to impotence. Lead researcher Dr Eric Jorgenson, from US health service providers Kaiser Permanente in a statement said, “This is a big deal because it provides the long sought-after proof that there is a genetic component to the disease. Identifying the first genetic risk factor for erectile dysfunction is an exciting discovery because it opens the door for investigations into new, genetic-based therapies.” Kaiser Permanente is the largest American managed care organization.

Erectile dysfunction or impotence among men is associated with several causes including stress, anxiety, depression, alcohol abuse, hormonal deficiencies and abnormalities as well as local damage to the arteries and nerves of the penis or pelvis. Drugs like Sildenafil or Viagra can be used for these patients but many of them do not respond to such therapies, say experts.

In a new study published in the Proceedings of the National Academy of Sciences of the United States of America (PNAS), a research team led by experts from Osaka University generated a new type of mouse with a humanized cereblon receptor, which is the primary protein that interacts with IMiDs, and found that these new mice respond to IMiD treatment.

“In our study, we found that treatment with a novel IMiD resulted in a degradation of Cullin4A/B CRBN E3 ligase substrates that involves in various cellular regulations, some of which are a transcription factors that regulates T and B cells,” says the corresponding author Tadamitsu Kishimoto. “Moreover, this new IMiD upregulates IL-2 production in a CRBN-IMiD binding region dependent pathway, which may further aid in the regulation of T cell activity.”

According to this team of researchers, the underlying cause of impotence among one third of all patients could be genetic. This is the first time that they could prove the genetic connection. The team looked at the genetic make-up of over 36,000 American and 222,000 British men. The genetic codes of men with or without impotence were thoroughly searched to check for differences. At the SIM1 locus on the sixth chromosome, certain variations were noted and this was found to be associated with a 26 percent rise in risk of impotence, the researchers noted. They researchers accounted for other factors such as body mass index etc.

According to author Dr Hunter Wessells, from the University of Washington School of Medicine it could be that there may be a switch at the SIM1 gene that turns it off or on and this may determine the risk of impotence. This switch of the genes is usually called a “promoter”. He said in a statement, “This study points to a new research direction for erectile dysfunction that could help us identify other key genetic variants that trigger the disease and lead to investigations to better understand the precise mechanisms by which they operate. Hopefully, this will translate into better treatments and, importantly, prevention approaches for the men and their partners who often suffer silently with this condition.”

According to the figures, one fifth of all men aged over 20 years in the United States suffer from erectile dysfunction. The risk rises as the person ages and as comorbidities such as heart disease and type 2 diabetes rise.