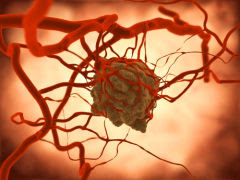 Targeting cells involved in blood vessel formation could prevent the growth of the most common type of brain tumour.

A type of highly malignant brain tumour contains a large number of cells involved in the formation of new blood vessels, helping it proliferate and spread. Targeting these cells could hinder tumour growth, according to new research published in the Pertanika Journal of Science & Technology.

Astrocytomas are tumours that can be found in the brain and spinal cord and originate from a type of cell, called an astrocyte, whose main function is to insulate and to provide structure for nerve fibres. They are the most common type of tumour that originates in the brain.

There are four grades of astrocytomas, ranging from least to most aggressive. Grade IV astrocytomas are highly invasive and are almost always fatal. Lower grade astrocytomas are typically found in younger people while higher grade tumours are more often found in older adults.

Astrocytomas depend on new blood vessel formation to grow and spread. Researchers in Malaysia wanted to know how the numbers of ‘endothelial progenitor cells’ (EPCs), which play a role in new vessel formation, changed with increasing grades of astrocytoma. EPCs represent a variety of cell types that circulate in the blood and adhere to the inner linings of blood vessels.

Other studies have also shown that significantly reducing EPCs led to impaired and delayed growth in tumours followed by a reduction in the numbers of blood vessels feeding them.

The researchers conclude that their findings suggest that drugs targeting new blood vessel formation given in appropriate doses according to age and tumour grade could prevent astrocytoma growth.